I have opened Pandora’s box. I’d like to put the lid back on and walk away, please. Where is my rewind button when I need it?

My oldest child is a lovely girl of 16, whom I had at the tender age of 21. I was actually 9 months pregnant for my 21st birthday. Yeehaw! I rang in my 21st year with banana popsicles and the Simpsons.

Her biological father, to put it mildly, was a putz. I won’t go into detail, but he moved out when she was a month old. I may have greeted him at the door one morning after he stayed out all night, and asked him if he need help carrying his things to his car. I also may have then carried his belongings out to the car for him, in thick black trash bags. It is also possible that I then politely closed the door and never looked back.

He signed his rights away when she was 18 months old.

He had another daughter when I met him. She came to stay with us a couple of times, before I got pregnant. She was a charming little thing, about three years old. I was pretty smitten with her. He made her mother out to be a horrible beast, who wouldn’t let him see his little girl. I felt so bad for him and his sweet, funny girl. I was heartbroken when I realized I’d never see her again.

As my own daughter grew, I was very candid with her regarding her past. Recently, she began showing interest in her biological family. Namely, the father-person and her older sister. I told her I would do my best to find them. And now, I have.

Thanks to the amazing world of social media, I have found my daughter’s sister’s mother. Did you get that? Complicated much? For the sake of ease, we’ll call her “M”.

I have spent much of the past day talking to “M” via Facebook messaging. And though she’s been lovely, the whole process has opened wounds in my heart that I didn’t even know existed.

Sometimes, putting together the pieces of an unfinished puzzle is a painful process.

I am lucky to call this beautiful child “my daughter”.

One of my favorite photos. She was 12. I was skinny.

My youngest kiddo, Jude (aka Juder, JujuBe, Baby Jude or Scrud), is going through the most heinous case of separation anxiety I’ve ever seen. And the object of his very intense affection, would be your’s truly.

Don’t get me wrong, it’s nice to know that I’m so completely adored. I’d just like to pee by myself occasionally. Or, shower without him pounding on the bathroom door, while shrieking “momma” over and over, as I race to lather and rinse. There’s no time to repeat. Shave my legs? No time.

My poor husband takes a fair amount of abuse at the hands of our little tyrant. Nothing says “I love you, daddy” quite like your precious son screaming and attempting to backflip out of your arms as he tries to reach his beloved momma.

You’d think after raising five children prior to him, that I’d be an expert in child psychology and have some magical “cure” for his mommy issues. Yeah, right. You want to know how I’ve dealt with this in the past? I suffered. I waited. I let each of my little  blessings work through their anxiety in their own time.

Martyr you say? Maybe. It’s a tough job, but someone has to do it.

People Who've Hit This Before You. Wait. What?

You Should Read These, Too! 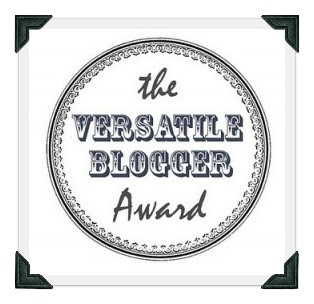 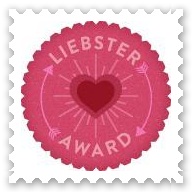 sarahbarkoff.wordpress.com/
The world of Jenny Pugh

A Confederacy of Spinsters

Sex, Dating, and Surviving Your Twenties

I make it all up as I go along.

Paul Johnson's comedy blog: I didn't get into comedy to be rich or famous. All I've ever wanted was to be loved...by somebody rich and famous.

Completely in the Dark

Writing about things I know nothing about. Like life.

When my ass talks, people listen.

Refashions Beyond My Wildest Seams